In recent months, there have been many questions presented to me by my American friends about developments and happenings in the UK. And it has been an interesting time in the UK as of late. Not that the UK has the corner on “interesting” these days, but for someone like myself, of British birth, with ongoing connections at multiple levels that extend across the Pond, there have been quite a few things occurring that many Americans ask me about, pretty much daily.

Most importantly, were the recent terrorist attacks in the UK. First of, the overwhelming support by those in the Midwest for those impacted by these evil acts has been amazing. On social media and in person, leaders and regular citizens across Missouri have reached out with their thoughts, condolences, and sympathy. So, from the bottom of my heart, thank you! I recall growing up in military towns in the UK during the Troubles and I saw the strength of British character in response, and my belief today is that the British people will rise above these attacks and continue their global leadership in the war on terror, directly racking down on the ideology of Islamist extremism and all those who support it, while still endeavoring to be an open and welcoming society for those from around the world who wish to be our friends.

And speaking of leadership, we’ve had a few political things happening across the British Isles of note. Brexit negotiations have started, and in my opinion seems to be going rather well. The Prime Minister is committed to a Brexit that is the best deal for all of the United Kingdom, and that is what I expect to see out of this two year process we are in the middle of. I am encouraged by the pragmatism I see coming from European leaders, and I am optimistic that this process will be a good thing for the UK and for the EU.

There was a little election that just got wrapped up that resulted in a hung parliament, which takes a bit more explaining to my American friends. Bottom line, for a government to function in a multi-party system you need a majority. This majority can come from one party if you have enough people elected, or it can come from an arrangement with another party or parties to bring your “coalition” to enough people to constitute a majority. If you can’t figure out an agreement that gives someone a majority, then you have a hung parliament. Today, as a result of the recent elections, the Conservative Party and the Democratic Unionist Party (a Northern Irish party committed to the continuation of the United Kingdom) have formed an arrangement whereby on key issues the two parties will work together, giving the Conservatives the needed majority. There were other concerns at play during the negotiation process that resulted in this arrangement, such as the Good Friday Agreement that ushered in peace in Northern Ireland in the late 90s, but it seems that all those concerns were addressed well, and that this coalition will allow a strong path forward for Brexit and for continued peace within the UK.

So what about Scotland? I am asked this question quite often. Since I was born in Scotland, but raised in England, my Scottish roots and connections are strong. I have the honor of serving as a GlobalScot, assisting the Scottish Government and Scottish companies as they look at investing in the US. And serving on the board of the St. Louis Scottish Games (which take place Sept. 29-30 and you can learn more about at http://stl.scot/). And an immediate question that was asked following this recent election by many of my American friends was what do the results mean for Scottish independence. My opinion, and only my opinion, is that it is off the table for a while. It will come back I am sure. The Scottish Nationalist Party, who are still in control of the Scottish Government and still have strong representation in the British Government have been committed to this for decades. That will not change. Now, I also don’t think the Scottish people are in the mood for it right now. And it’s also not something that should be, in my opinion, being pushed while the UK is seeking the best Brexit deal possible. Will it return to the headlines again? Yes. Will it happen? I have absolutely no clue. I don’t believe there is majority support for it, and if Brexit happens the way I hope it happens, I don’t see that changing. But check with me again in five years to see how my predictions turned out.

And finally, what about the special relationship between the UK and the US. Well, first, I see nothing but upsides right now and lots of opportunity for that special relationship to be stronger than ever, especially as Brexit will allow the UK to negotiate their own trade deals with the US. And the US remains a great market for British companies (and I would love to see even more of them investing over here and growing their companies since that benefits those in both countries). I was at the recent British American Business Council Transatlantic Conference in Chicago, and the conversations about UK investment in the US were vibrant and dynamic. 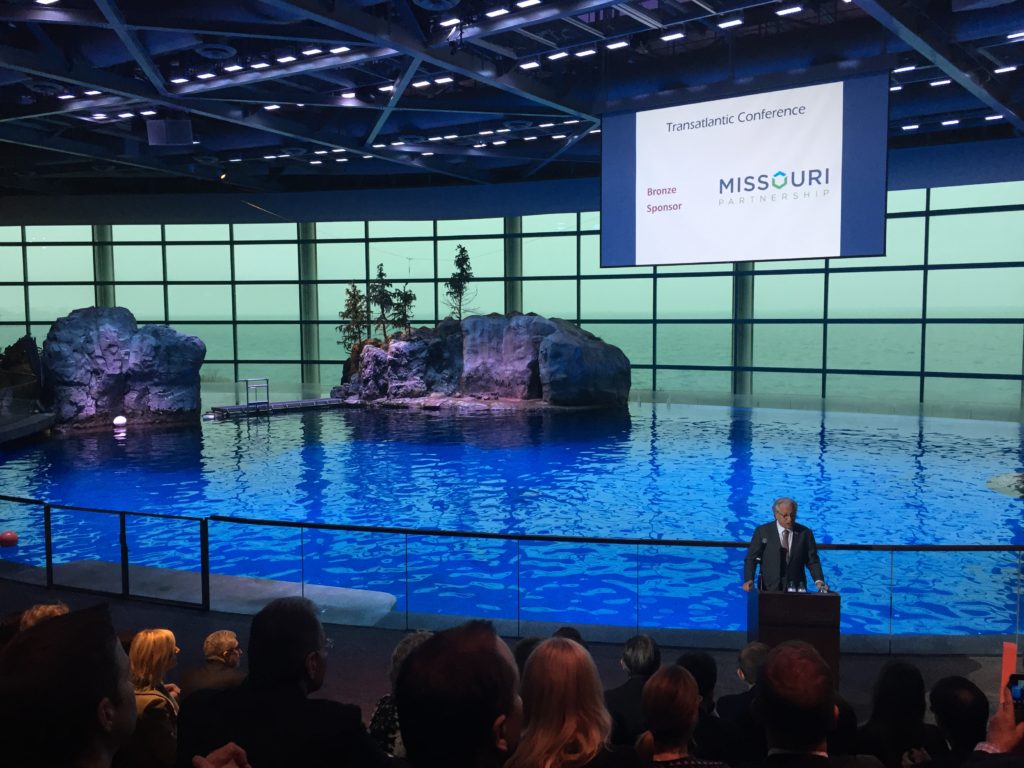 But I would also encourage my British friends and relatives to focus on the big picture. You may like Trump. You may not like Trump. In my mind, that’s rather irrelevant. What is clear is that a good relationship between the UK and the US is a good thing for everyone, and that includes a good diplomatic relationship that welcomes dialogue and cooperation where there is agreement, and also allows for respectful disagreement and discussion where there is a difference in opinion and perspective.

And I’m done. Pressing questions answered. And as more questions pop up in coming months in the various conversations I have, I will endeavor to find the time to sit down and present my thoughts, opinions and ramblings. To which, I hope, you attach some value.